Home › History › A Matter Of Honour

A Matter Of Honour 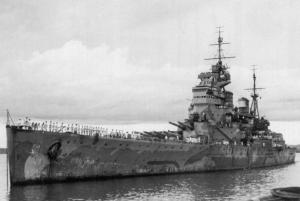 On 10th December 1941, the Royal Navy Battleship, HMS Prince Of Wales and the Battlecruiser, HMS Repulse, together with other vessels in the seaborne Naval,  ‘Force Z’ – deployed from Singapore into the South China Sea offshore from Kuantan, in Malaya – were sunk after coming under attack from a heavy force of Japanese bomber aircraft.

Although not officially designated as a War Grave, HMS Prince Of Wales – that had subsequently come to rest upside down on the sea-bed at a depth of 68-metres – and the nearby, HMS Repulse, were, in 2001, designated as ‘Protected Places’ under the Protection of Military Remains Act 1986 and afforded the same status as other gazetted War Grave wrecks, i.e. the vessels were not to be entered and nothing was to be disturbed externally.

In June 2002, divers taking part in an approved external survey of the vessels, noticed the ship’s bell lying on the sea floor near the inverted wreckage of HMS Prince Of Wales.  Receiving unconfirmed reports that a Japanese businessman was financing two illegal diving expeditions – one from Malaysia and another from Singapore – to plunder the vessels and recover the ships’ bells for display in a corporate boardroom, a consortium of sponsors, including the U.K. Ministry Of Defence, the Royal Navy, and Singapore Airlines, supported an attempt to retrieve the bells and return them to the U.K.

Assembling a civilian team of Technical Divers all of whom were proficient in the use of mixed gas diving – including, Paul Haynes, a former UK Royal Marine with enormous experience in a variety of military diving roles – the bell from HMS Prince Of Wales, weighing 50 kg’s, was successfully recovered from international waters at a depth of 73-metres in July/August 2002.

Returned to the UK, the bell now forms part of a Royal Navy museum display.

Postscript:  In recent years – and despite their status as unofficial war graves – numerous WWII wrecks in the South China Sea (including HMS Prince Of Wales and HMS Repulse – have been plundered and desecrated by illegal salvage operators. 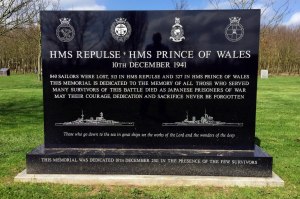