Diving & The Media: A Survival Guide – 8 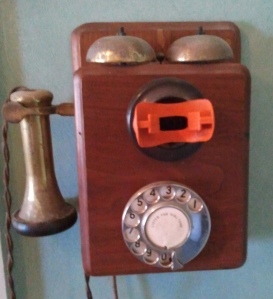 Although it is unhelpful to the operator’s cause to ever think of the media in adversarial terms the very nature of a critical incident is one that tends to favour the journalist’s position; especially when the dive operator has no control over when or where they might be interviewed …  a continuation of the previous extracts regarding media interviews.

With none of the constraints or distractions posed by a face-to-face interview, telephone conversations carry more potential pitfalls than any other form of interrogation.

Depending on the size of the dive organisation and whose responsibility it is to answer incoming ‘phone calls, the first point of contact may well be an employee. In most businesses it is common practice to have that person ask the caller’s name and the organisation that they represent before transferring the call.

All too often a telephone caller’s request to speak to the owner of a business meets with the following type of response.
“May I ask who’s calling, please?”
“My name’s John Smith.”
“And which organisation are you with, Mr Smith?”
“I’m with the Daily Echo”
“Just one moment, Mr Smith and I’ll see if they’re available.”
(Pause)
“I’m sorry, Mr Smith, but the owner’s unavailable at present.”
“When will they be available?”
“I’m sorry but I can’t say. Would you care to call back in an hour or so? Or can I have them call you?”

Even when there’s a genuine reason that might prevent the dive operator from accepting such a call, a response similar to the above example sounds deliberately evasive. And there’s always the possibility that the employee will inadvertently give away other seemingly innocuous but possibly damaging information. “I’m sorry, Mr Smith, but he’s presently engaged in a meeting with his lawyer.”

The person answering incoming calls should also be fully briefed on the dangers of volunteering any information or opinions about the incident.

During a crisis situation it’s not unreasonable to expect telephone calls from the media. If the dive operator – or their nominated spokesperson – needs time to compose themselves before accepting such calls, then a more satisfactory solution is for the person who answers the ‘phone to tell all callers that the person that they need to speak to is presently away from the office; that they are expected to call in soon for their messages; and to then ask for details of the caller’s name, the organisation that they represent and their contact details.

The benefit of doing this is that it’s possible to filter calls more effectively and to determine that the callers are who they claim to be.

Ideally a dive operator should never ignore a telephone call from the media – although short delays can be used to their advantage. They allow additional time to marshal all of the facts concerning the incident; to consider in advance the sort of questions that they’re likely to be asked, and to mentally prepare the answers that they will give.

Before responding to any questions, always establish the identity of the caller and the medium that they represent in a friendly and non-hostile way. It not only indicates professionalism and helps establish a rapport with the interviewer, but it also conveys confidence in one’s ability to take control of the interview and not to be intimidated by questioning

Maintain a record of all media calls and conversations during times of crisis. Note down the caller’s name, their contact details, the time and date of the call and a brief summary of what was asked and what was said.

Whether or not the dive operator should return all telephone calls from the media is a moot point and, to some extent, depends on the nature of the incident. If, for example, the dive operator’s actions, (or lack thereof) have directly contributed to an incident, then their case may be better served by making themselves unavailable for comment and having media enquiries directed to a suitably qualified spokesperson.

In an attempt to build a story around the facts of a case, a good reporter will seek comment from anyone present at the scene of an incident, or who is likely to have an opinion on what took place.

Even when a single individual within the organisation has sole responsibility for speaking with the media, it’s quite likely that a reporter will have initial contact with another member of staff, or somebody else familiar with the dive operator’s business.

With that in mind, all staff members – as well as full- or part-time Instructors – should be made aware of what they should and should not say to questions asked of them by a journalist, how best to respond when questioned, and the attitude that the dive operator expects them to display towards media correspondents.

It is not acceptable for them to be openly hostile towards any journalist, or for them to simply say, “I know nothing.” in an attempt to ignore the reporter’s presence.

A well-mannered and openly courteous attitude carries a long way and it might be far more appropriate to say, for example, “I’m aware that there has been an incident, but as I’m not conversant with any of the facts, allow me to direct you to (name of spokesperson) who, I’m certain, will be able to provide you with more detailed information.”

In those instances where it’s not immediately possible to put the reporter in touch with the spokesperson, staff should take the initiative and direct the questioning back to the reporter. Ask them for their name, the organisation that they represent, and their contact details and promise to have somebody call them back – even if only to say that the appropriate person is presently engaged but will be available at a later time.